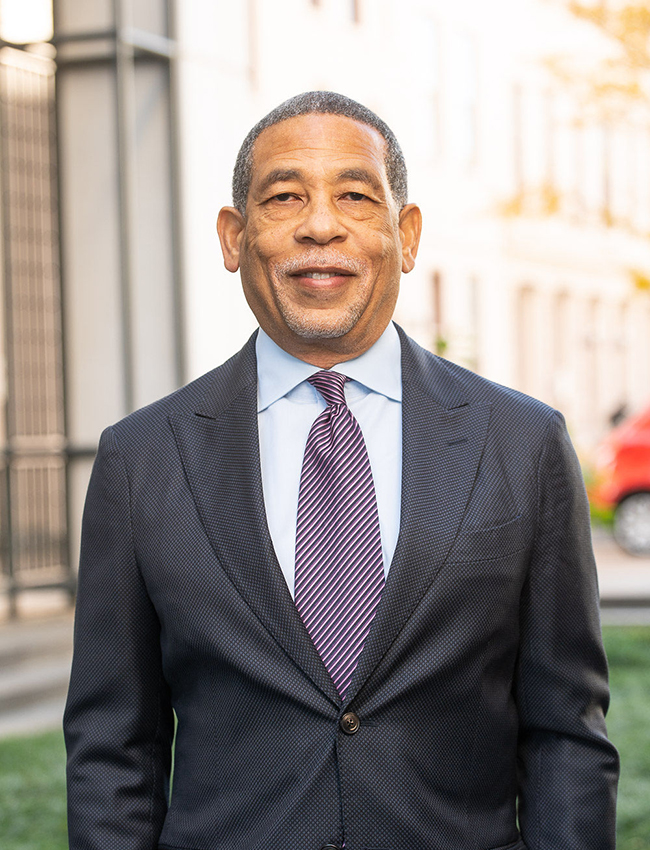 Rudolph “Rudy” Acree, Jr. is the deputy director of PDS.  Mr. Acree began his legal career as a staff attorney at PDS in 1992. During his tenure, Mr. Acree represented children in juvenile delinquency cases and handled countless misdemeanor and felony cases. He was promoted to the position of PDS training director, and later served as the deputy chief of the Trial Division. Upon leaving PDS, Mr. Acree opened his own law practice where he handled a wide range of civil and criminal matters in the District of Columbia and in other jurisdictions. Mr. Acree is a graduate of Howard University and the University of North Carolina School of Law. Before attending law school, he served in the D.C. National Guard and the Army National Guard of New Jersey, and achieved the rank of first lieutenant in the U.S. Army.